New Covid-19 ads help brand recall, but not much else

Several months into the global pandemic and there are plenty of companies that diverted marketing dollars to create new video ads. The jury is still out on what type of messaging works in what is effectively an economic crisis. Is it time to throw out the entire playbook or does yesterday’s messages still hold true today? Here are some observations from Think With Google’s Unskippable Labs team that shed some light on these questions.

They reviewed 1,500 of the best and worst performing ads that ran on YouTube in March and April and offered up these four thoughts.

You Don't Need To Make A New Coronavirus Ad

We’ve all seen the new ads from large companies. In fact, they all look like they were cut from the same template, from the sombre music to the “in this together” endings. However, the vast majority of ads that ran on YouTube had no change in tone and were simply business as usual. They still showed people in groups, in public places and socializing as we normally do.

These ads that were unchanged showed no decrease in performance. Exisiting footage still works and shouldn’t be considered tone-def. As long as the message is relevant to people in present circumstances they respond as they normally would.

Here is a more inspirational type of ad that Google put out.

Covid-19 Ads Boosted Ad Recall, But Not Much Else

While the new Coronavirus ads may have improved ad recall, they did not alter in any significant way product consideration or purchase intent. Brand impact was minimal. Just because you saw and remembered one of those template car ads did not drive you to purchase a new vehicle.

Making slight alterations to existing video content may be all that is needed. Offering helpful information such as adjusted availability or new ways of considering a product works just as well.

Old Can Be New Again

In the absence of being able to create new footage, companies have found using stock footage, hand-held shots from mobile phones or user generated content effective. In fact, taking an existing ad and changing the music, voice-over or graphics can be economical.

Here is one of our favorite Coronavirus ads from Burger King that ran on YouTube in April that uses humor.

Bringing Out The Best Of Brands

There are plenty of examples of companies that have come up with some creative ads for YouTube that don’t subscribe to the template. From striving for inspirational to humor there are many ways brands can not only connect with their customers but also drive consideration and interest in their products.

Fundamentals of what makes a good effective ad do not appear to have changed drastically. There is no need to toss the old playbook. We can all stand to update the plays in our playbook however. Of course, as pandemic times have shown, things can change quickly again.

If you want to read more from the Think With Google article you can find it here.

If you’d like to talk to us about how we can help your business advertise better on Google, just Contact Us! 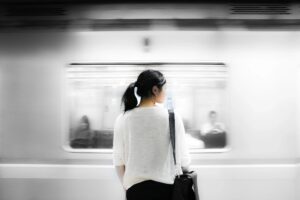 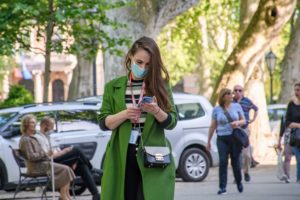